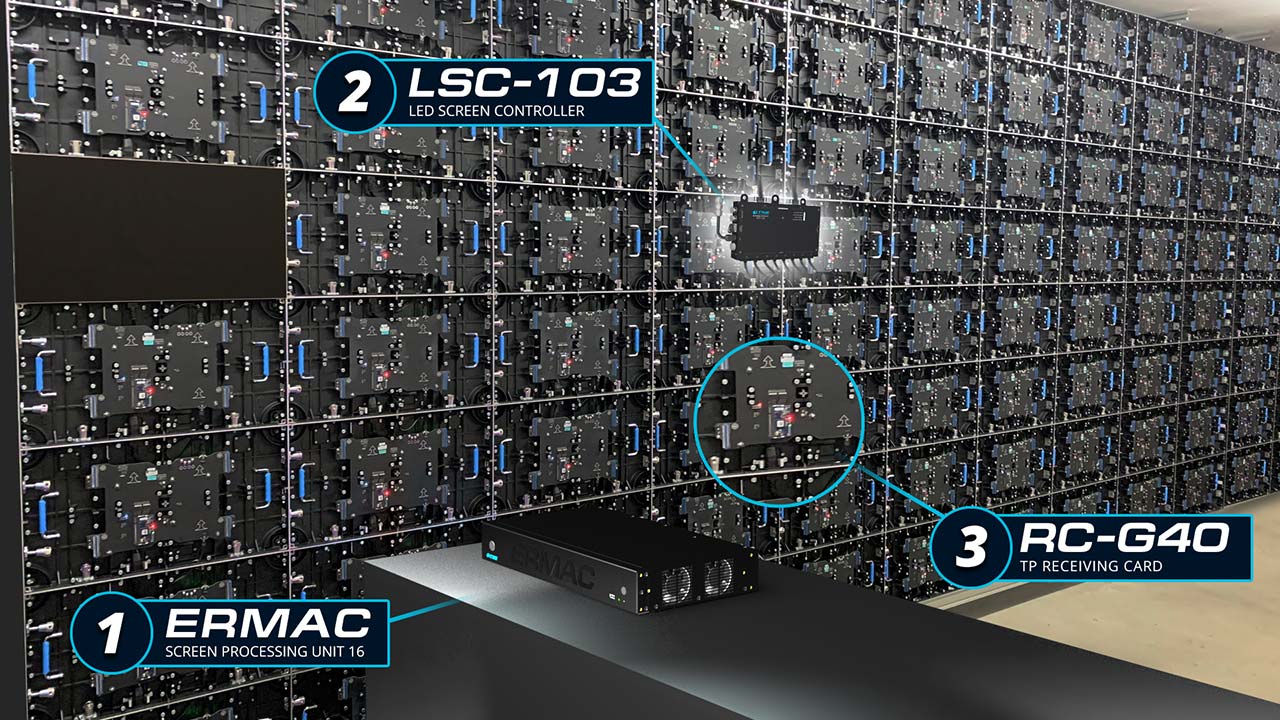 TRUE ERMAC SPU-16 is able to manage resolution of up to 8K (7680 x 2160 pixels) at 60Hz by a single device. In addition to the enormous pixel space capacity, SPU-16 already offers DP-IN, HDMI / DVI-IN, SDI-IN as well as the possibility of Gen-Lock with its baseboard. SPU-16 can be controlled either via USB and an external laptop including TRUE control software or via the optional build-in control PC. Both variants offer the possibility of integrating the SPU-16 into an integrated house control system (such as Crestron or AMX). In addition to the baseboard, TRUE ERMAC SPU-16 has 2x4 freely assignable output slots (each 1920 x 1080) and 4x equally freely selectable input slots. The 2x4 output slots can be assigned either with fiber optics or network - both with proprietary TRUE transmission protocol for fast and secure data transfer. The 4x input slots can each be assigned with a DP1.4, HDMI2.0b or 12G-SDI card (all backward compatible). Each input card comes with a loop function, e.g. to connect a preview monitor (which is also provided by the control software). The design and architecture of TRUE ERMAC SPU-16 allow synchronous recording, processing and transmission of signals at up to 120 or 240 Hz. This not only ensures ghosting- and virtually latency-free image reproduction, but also the precise and absolutely synchronous reproduction of 3D content for working in virtual space. Synchronization takes place either directly via the respective input signal or the Gen-Lock. When using DP1.4, the full Inband Sync functionality is supported. In addition, TRUE ERMAC SPU-16 enables the correct image reproduction of HDR including metadata processing, while the LED video wall is running in 18-bit mode. The SPU-16 software package offers proprietary toolsets for chroma keying, gamma correction, thermal compensation, line reduction, frequency stabilization, dark-time setting and full monitoring of the entire video system including information on all inputs and outputs, as well as a preview function and a scenario tool including stage wizard. To complete the possibilities for controlling various combinations of input signals, TRUE ERMAC SPU-16 includes a video mixer with which up to 4x layers can be managed in real time, including functions such as scaling, cropping, fading and picture-in-picture. Like all devices from the TRUE ERMAC family, SPU-16 also has automatic color balancing function, which ensures homogeneous color reproduction throughout the entire runtime of the LED video wall.

TRUE LSC is a crucial link in the control chain, equipped with its own FGPAs to enable functions such as video mixing, monitoring or even automatic color balancing. LSC receives its information via fiber optics from ERMAC SPU, processes it, and then distributes it further to the respective channel of the LED video wall.

TRUE Receiving Cards (RCs) are developed to fully support all possibilities of the TRUE control architecture. They are specifically developed to optimally match other control elements and are thus an essential part of the system's intelligence, enabling functions such as automatic color matching. 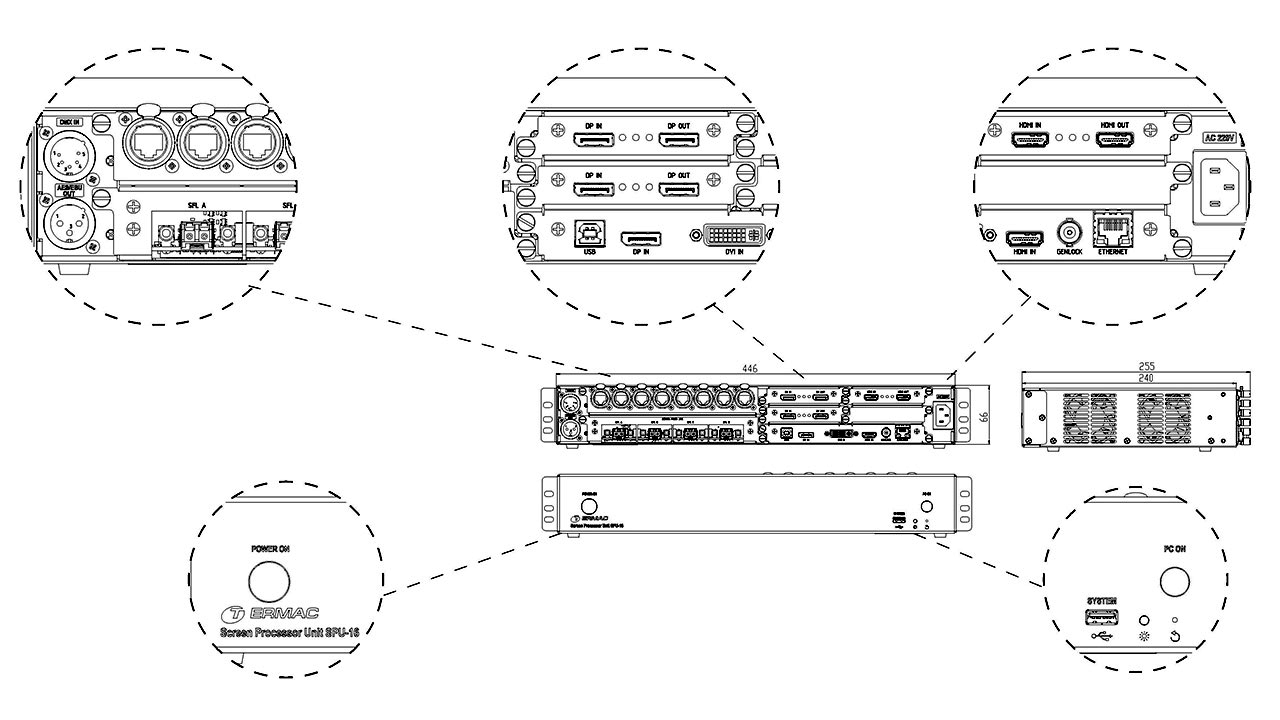 The constantly advancing development of TRUE technology is constantly producing new solutions and possibilities for LED video walls and their control systems. To stay up to date, we offer all TRUE partners the opportunity to receive free updates for their systems! 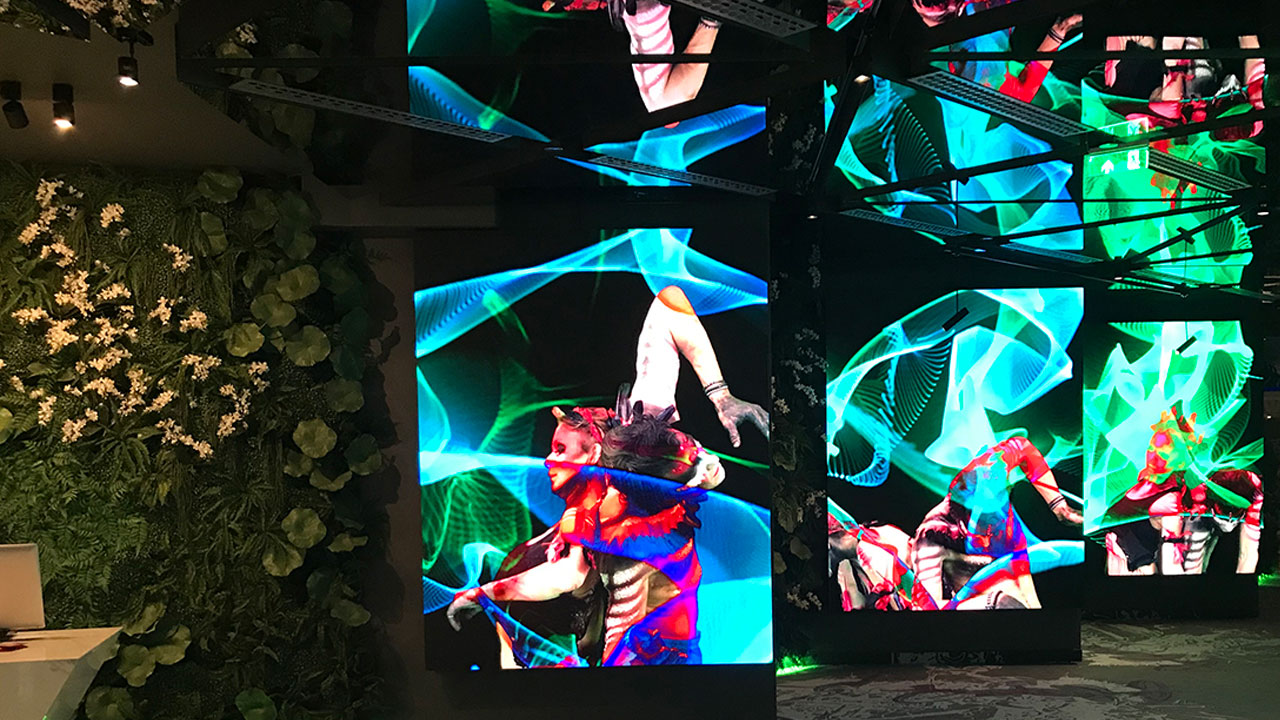 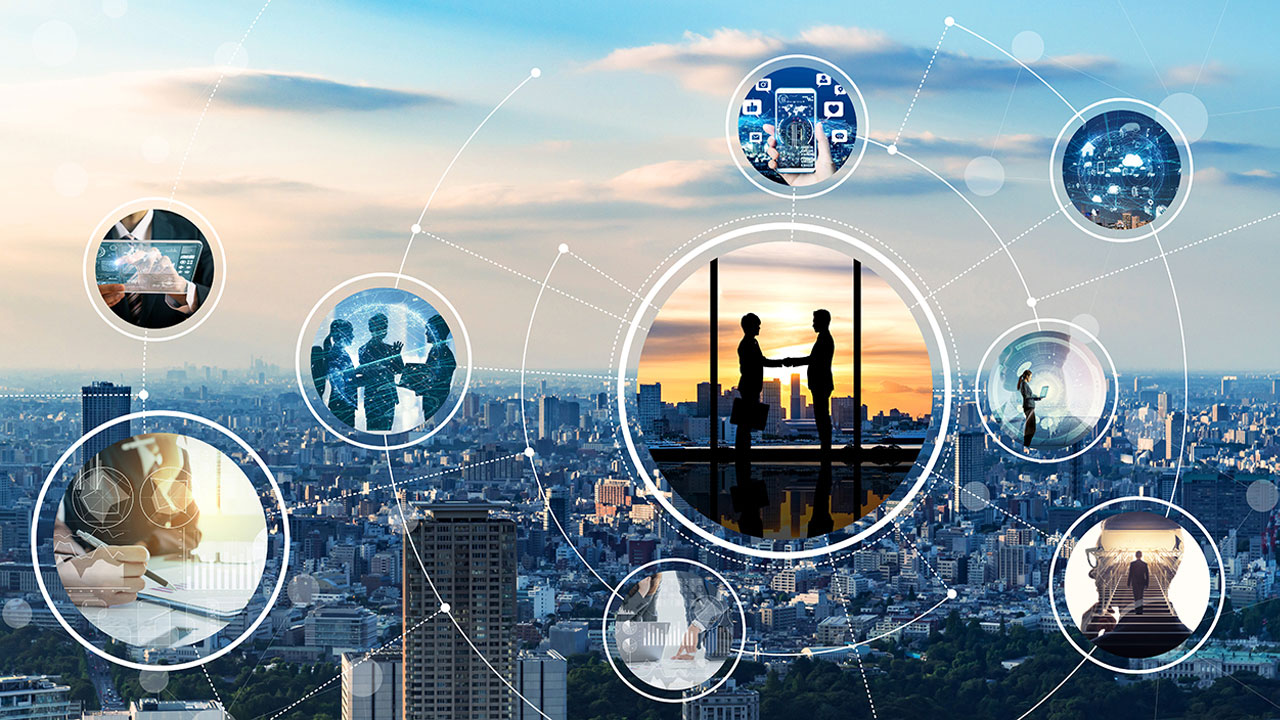